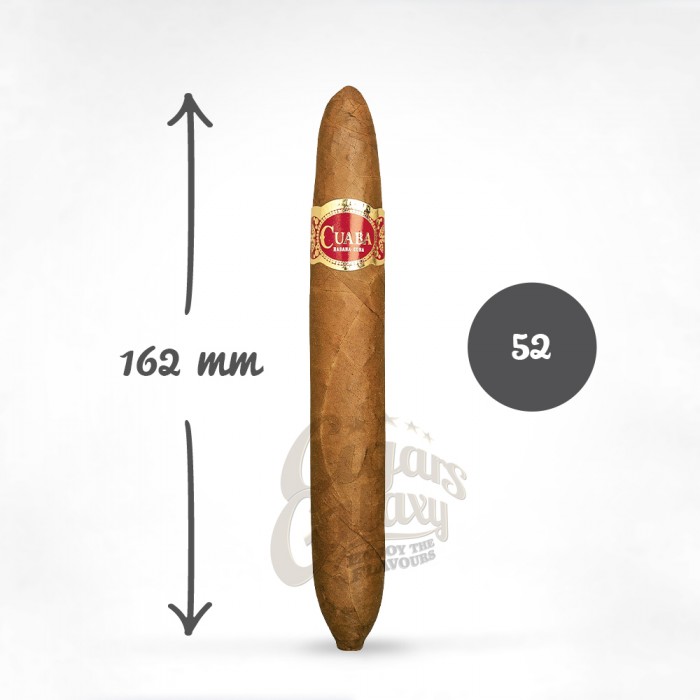 Distinguidos is one of the large cigars of the Cuaba series with the characteristic Double Figurado shape. A cigar that if you let it mature, its character will begin to develop. It is a cigar full of walnut flavors, spices, moist soil and strong aftertaste of cedar.

Every Cuaba is made in the distinctive shape known as " Double Figurado". This was the style that at the end of the 19th Century was all the rage for Habanos.

A century later, in 1996, this  tradition was revived at the Romeo y Julieta factory where Cuabas are made.

Double figurados are at the pinnacle of the cigar maker’s art and for this alone they merit a place in every cigar enthusiast’s collection.

Cuaba, like Cohiba, is a Taino Indian word dating back to the time of Columbus. It was the word for a highly combustible bush, which the Indians used to light their "cohibas".