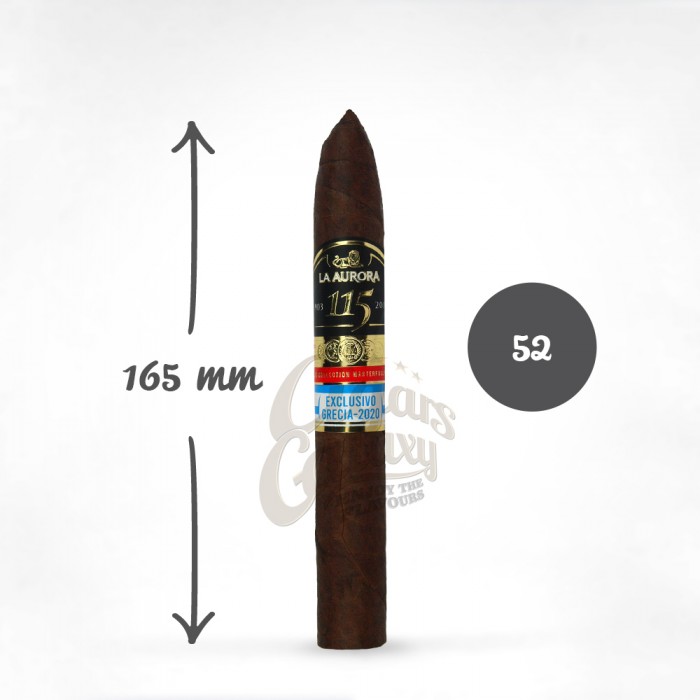 La Aurora, the oldest handmade cigar factory in Dominican Republic, celebrates its success in the Greek market with a collectible cigar that bears the colors of the Greek flag and is based on its anniversary and award-winning series 115.

An anniversary tribute blend in the years since the founding of the oldest and internationally renowned cigar factory in the Dominican Republic.

"Perfection takes time, time gives experience and experience brings heritage" - Guillermo Leon. As part of the 115th Anniversary Edition series, La Aurora presents a unique  "Edicion Limitada Grecia" cigar in a luxurious packaging for afficionados and collectors. These cigars are made from special and limited production tobacco and their additional ageing contributes to their distinct taste. The 115 Edicion Limitada Grecia Belicoso is available in limited numbers and availability.

Aromas: A very special category with a beautiful and oily wrapper. This cigar offers spicy notes of cinnamon, tropical fruit and cedar wood along with sweet honey aromas and a suspicion of caramel. In addition, the notes of coffee are visible during smoking.