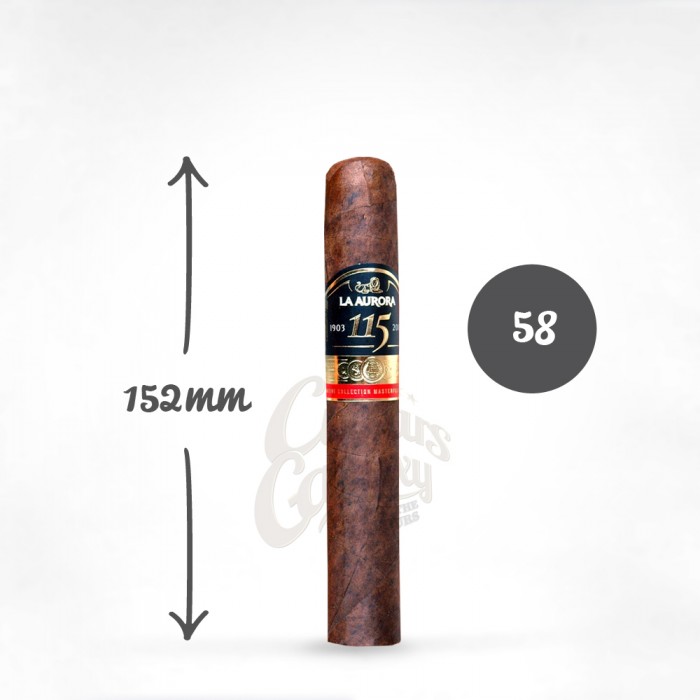 La Aurora celebrates its 115th anniversary in the handmade market cigar in the way he knows best: the new 115 Anniversary series Edition.

An anniversary blend that pays tribute to the past  since the establishment of the oldest and internationally renowned factory making cigars in Dominican Republic.

Of decisive start, with a predominance of spicy notes of black pepper, which are opened to give way to more complex and delicate flavors. The presence of wood is evident throughout the smoke, but is enriched with nuances of cinnamon, nuts and even citrus tips. Its finish is powerful and creamy, at the height of a demanding smoke.

Aromas: In the beginning, spicy black pepper notes dominate to give subsequently their place to more sophisticated and elegant aromas. The presence of wood is intense but  enriched with notes of cinnamon, nuts and citrus fruits. Its body, strong and creamy.