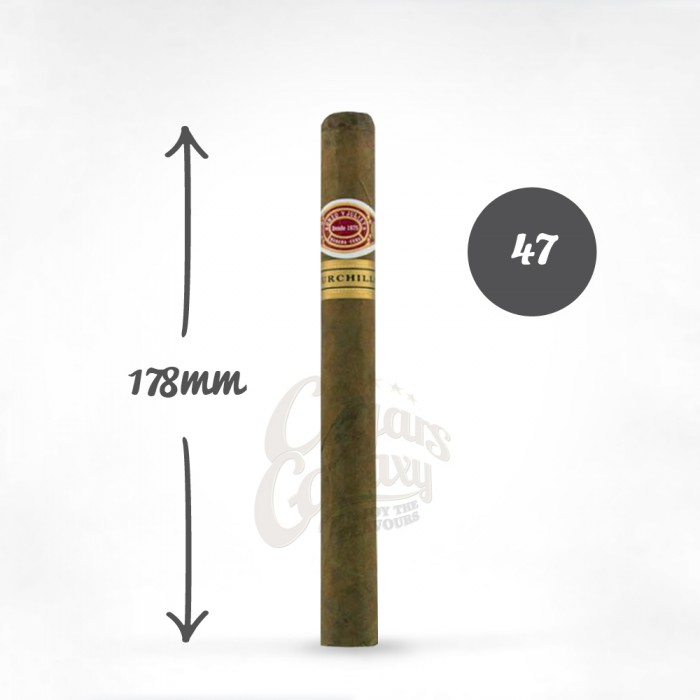 Churchill is one of Romeo y Julieta's top cigars. It is a special cigar and it takes time to appreciate its taste. This cigar redefines the concept of "creamy tobacco". Powerful yet gentle can seduce you, like Winston Churchill, for which it was exclusively producted during the Second World War. With dry cedar flavors and a rich nutty feeling the consistent draw leads to a honey/caramel taste that fast turns into a coffee note in purpose to ends up in a strong sweet cherry flavor.

Named after William Shakespeare’s tragic lovers, the origins of Romeo y Julieta as a Habano date back to 1875.

The brand rose to international fame during the early years of the 20th Century under the direction of Don "Pepin" Fernandez, a talented promoter, who was among the first to recognise the power of the cigar band. During his acne no less than 20,000 different bands were used in production.

Winston Churchill became a devotee of Romeo y Julieta. Since his visit to Havana in 1946, his name has not only been commemorated on a band but it has also served to describe the marque’s most famous size measuring 7 inches (178 mm) by 47 ring gauge — the Churchill.

Today Romeo y Julieta is as well known around the world as ever and offers the widest range of totalmente a mano, tripa larga - totally hand made, long filler - sizes available in any Habano brand. 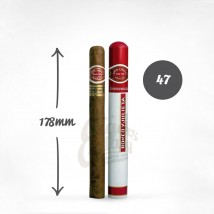 Churchill is one of Romeo y Julieta's top cigars. It is a special cigar and it takes time to appreci.. 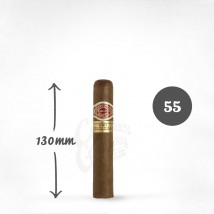 Wide Churchill is a cigar shorter than the classic Churchill but with a 55 ring. Despite its size, i.. 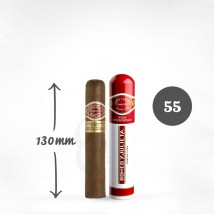 Wide Churchills A/T is a tubed cigar shorter than the classic Churchill but with a 55 ring. Despite .. 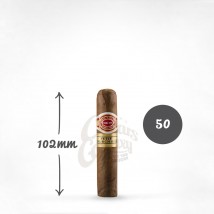 Petit Churchill is the newest addition to Romeo y Julieta's Churchills family. It has the classic fl..