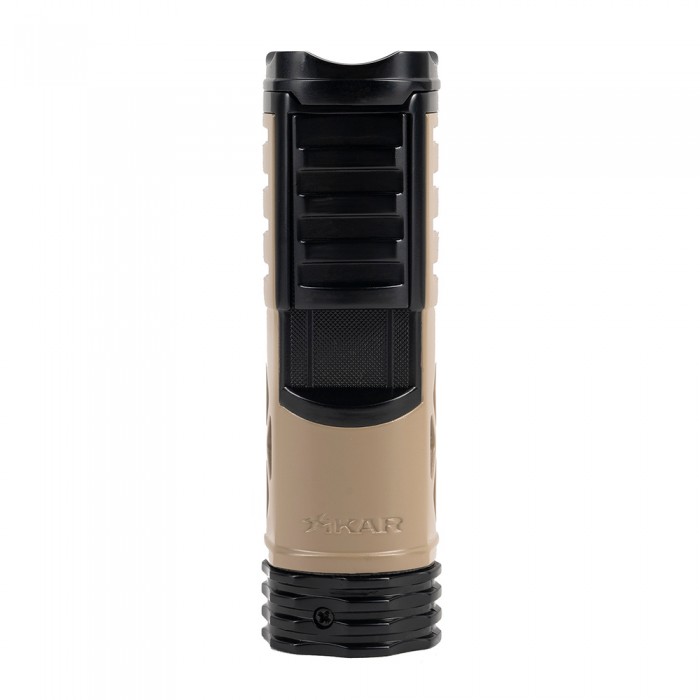 The design of the new XIKAR lighter, Tactical 1 Flat Dark Earth Lighter, is inspired by tactical gear in beige and black colors, with an emphasis on high performance and aesthetics.
It has a large single jet flame and its lid acts as a base for your cigar.

On the back there is a detachable screw clip so you can have it on you anytime, without fear of losing it. You can also see the inside of the tank
through the specially designed, Super-EZ, glass windows on the side of the lighter.

At the base of the Tactical 1 is the metal flame adjustment wheel.

The history of Xikar begins in 1994 in Kansas. Kurt Van Keppel, (now president of Xikar) who wanted to buy a good cigar cutter, found many of the cheap models and high-end models with low performance. So he started with Scott Almsberger to design a more ergonomic handpiece. The result was the Xi cutter, which they built for the first time in their garages and is now the market leader.

XIKAR comes from the word sikar, which is said to be the first Spanish spelling of the word Taino for the cigar. The Tahn were the native populations of Spain and Cuba, where Columbus landed for the first time when he discovered the New World and smoke with him. We changed S to an X (representing 2 blades) and we had X cut the i, like a cutter that cuts a cigar!

Today, the company produces a complete range of cigar products such as lighters, travel humidors, ashtrays, cigar cases, humidifiers, hygrometers and so on. offering a lifetime guarantee for its products.

Xikar provides a lifetime warranty for this product!

For security reasons, lighters in their packaging do not contain butane.

The lighter contains gas under pressure, handle it with care. Keep the lighter away from the face when turning on or setting the flame. Keep out of reach of children. 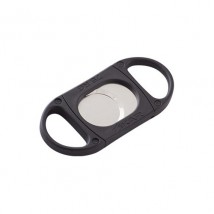 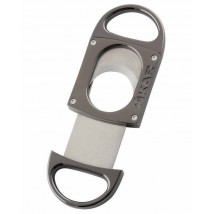