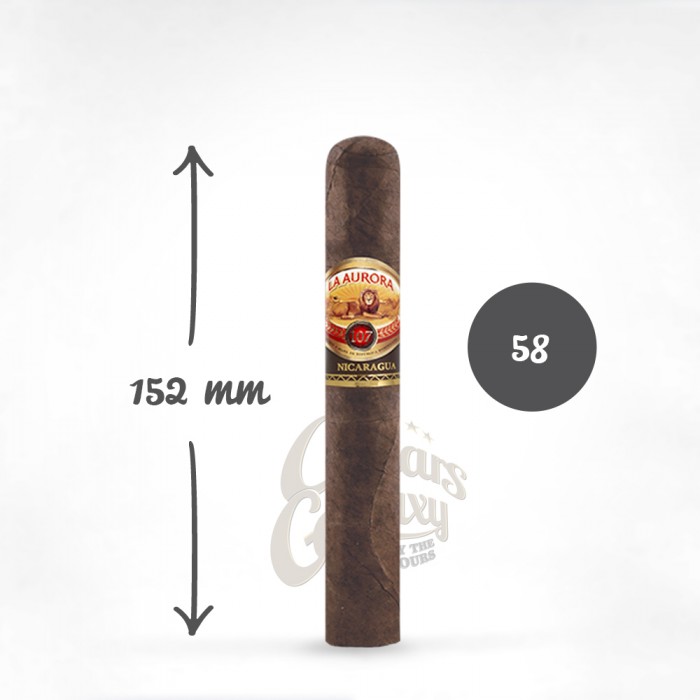 La Aurora has created the Tobaccos Of The World series, starting a journey that will bring us closer to the flavors and peculiarities of tobacco around the world. The first stop is Nicaragua, where it uses the recognized 107 series to bring out tobacco exclusively from the Nicaraguan region.

An anniversary blend that pays homage to the years since the founding of the oldest and most internationally renowned cigar factory in the Dominican Republic.

Aromas: A very special category with a beautiful and oily wrapper. This cigar offers spicy notes, soft skin flavors from its lighting, where it continues to offer us a balance of soil, wood and floral notes as you smoke. At the end of smoking, the flavors of licorice and nuts are distinct.